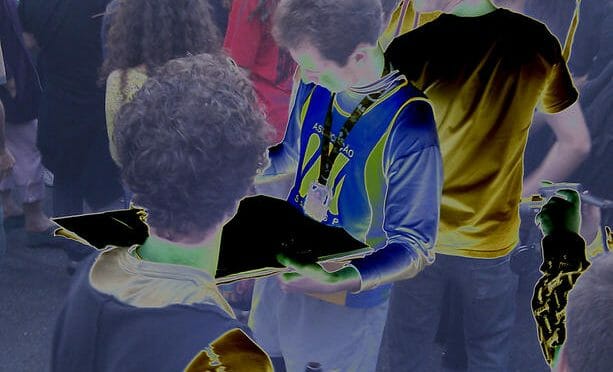 Brazilians took to the streets in Sao Paulo, Rio de Janeiro, Brasilia and in smaller cities across the county in protest sparked, in part, by anger over increases in transit fares during a time when the government is spending in excess of 12 billion dollars to build new sports stadiums in preparation for hosting the 2014 World Cup and 2016 Olympic games.

What started out as peaceful protests underwent a rapid escalation after complaints that police responded disproportionately with rubber bullets, tear gas and violent beatings. Coinciding with the start of the Confederations Cup – a World Cup test event – the rallies brought together a wide coalition of people frustrated with the escalating costs and persistently poor quality of public services, lavish investment on international sporting events, low standards of healthcare and wider unease about inequality and corruption. After a week of protests, the leaders in Sao Paulo, Rio de Janeiro and other cities bowed to the pressure and agreed to cancel the bus and subway fare increases.

Here at home we face similar issues in Seattle, King County and Washington State.  Millions of dollars were spent on planning and land acquisition to “bring back the Sonics” (even though we would not be bringing back the Sonics, our basketball team purchased and moved to Oklahoma, but would be taking a team away from another city full of adoring fans in the same fashion).  Now, discussions are underway to renovate portions of the Seattle Center to try to secure a NHL hockey team.  These recent sports-related spending sprees come on the heels of the baseball and football/soccer stadiums built over the past several years, often in spite of repeated voter disapproval.

While the spending seems limitless for professional sports venues, King County’s Metro Transit has had rate increases each year over the past four years paired with drastic cuts to routes and service levels.  Metro’s routes and schedules are now focused on primarily providing service to general commuter traffic with cuts to non-peak runs and elimination of several routes.  This decrease is seen by some as discriminatory, as the disabled, unemployed or under-employed now have less service available at a higher cost, when they can least afford it, particularly with the removal of the free-ride zone in downtown Seattle.  Some neighborhoods and small business areas have been left with no service at all, as well.

The Washington Legislature adjourned Tuesday, June 11 in Olympia with no agreement on either the state Operating Budget or the Transportation Revenue package.  A second Special Session was immediately called by Governor lnslee. These two important issues have yet to be resolved after over four months of negotiations and budget talks. The lack of transit funding will jeopardize the service, safety, and affordability of King County’s bus service. Without new funding options, King County Metro will eliminate 65 bus routes and reduce service on 86 more in 2014. These changes are estimated to impact 70% of bus riders in King County.  These changes are in addition to the sweeping changes made last year with the most comprehensive overhaul of the transit system in decades.

Crowded busses, higher fares, fewer routes, less frequent trips, at a time of record levels of bus ridership fueled by economic concerns, high unemployment, and lower wages for those that have found work.  Higher numbers of disabled, displaced people requiring travel  – to obtain supportive services, receive health care, apply for or commute to jobs – are tapping into a transit system squeezed down to a fraction of the previously offered service.  Why are there not protests here at home?

Here’s what you can do, today: contact your legislator at 1-800-562-6000 and tell them you support a transportation bill that includes state support and local funding options for transit.