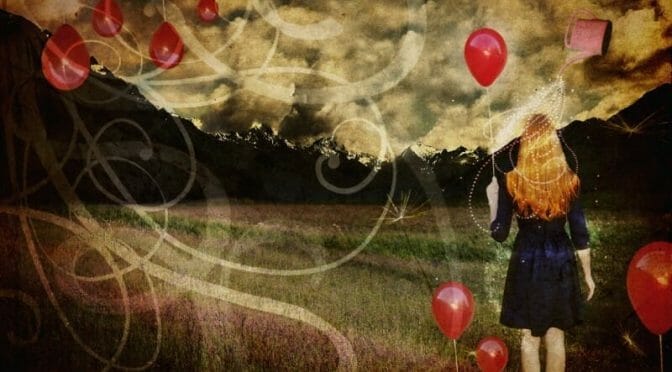 “My dear, here we must run as fast as we can, just to stay in place. And if you wish to go anywhere you must run twice as fast as that.”  ― Lewis Carroll, Alice in Wonderland

Despite having been a paralegal in the field of workers’ compensation for over a decade, I am still surprised by the new things I learn having to do with the administration of claims. This happened just recently when a client called me, asking me to check on authorization of an MRI that had recently been requested by their attending doctor. I went to the only source available for such information:  the Claim and Account Center. I scanned the notes and imaged documents for anything resembling a note from Qualis Healthcare, the company to which the Department of Labor and Industries sub-contracts for utilization review services. Zero.  Zip. I assumed the doctor actually sent their request in, so I left a message for the claims manager asking them to look into it. The reply came in the form of a secure message. They had not received any recommendations from Qualis regarding an MRI.

A day or so passed and my client contacted me, again asking for status. I repeated my search on CAC. Again, nothing. I asked my client to have their attending doctor refax the request to Qualis, certainly the fact that I was not able to see any sort of review online meant they most likely had not received it. A day later my client contacted me to tell me that their attending doctor had contacted Qualis and was told that MRI requests could be authorized directly by claims managers and that any recommendation made by Qualis can be overturned by the Department depending on the specific issues in the claim. To be on the safe side I told my client to have the attending provider send a fax to both the claims manager and  Qualis, just to cover all our bases. I again contacted the claims manager to be on the lookout.  A few days later, she again informed me that she had not received any authorization recommendations from Qualis, and clearly, she was not comfortable authorizing the MRI without some input from them.

A week has passed. Nothing has happened. I am annoyed. My client is really annoyed. Treatment is stalled because guess what…we need an MRI! So I called Qualis myself. This is not my first time making this phone call. I have called Qualis (which I liken to the Great and Powerful Oz, the entity behind the curtain with all the power…who are these people anyway?) many times, mostly to check on receipt of treatment requests from providers when the request seems to be languishing. I have always had receipt of treatment requests confirmed by some human on the other end of the phone.  But not this time. This time, they asked my name, where I was calling from, my birthdate, the name of my first born child….ok not really. But they asked for a heck of a lot more information than they ever wanted previously.  I identified myself, my client’s name and claim number and the reason for my call. In my heart, I was grateful for the added level of security, I mean I was calling to find out about medical treatment after all, but in my head I was simply annoyed that I had to take this step.

I was immediately told that Qualis is “not allowed to speak to attorney’s offices” and that any request I had needed to be addressed by a supervisor or director. Even if we represent the claimant? Yes, even then.  So I was politely placed into said supervisor/director’s voicemail to be lost forever, presumably. 48 hours passed. A lifetime in a claim, especially when you are waiting for treatment.  No call back.  Qualis has obviously not adopted the Department’s return call policy. I decide to harass the claims manager since I am allowed to talk to her and by some miracle, I actually reach her! She tells me Department employees aren’t even allowed to contact Qualis. What? As a third party contractor, Qualis is only allowed to speak to the providers who are making treatment requests.  The appropriate protocol is for the doctor to make the request to Qualis and also make the follow-up calls to ensure their request was received and is being reviewed. The only thing she can do is write to the Office of the Medical Director on my behalf.

Please remember the only thing I am trying to do is confirm that a request for an MRI was received. I am not looking for a specific diagnosis or treatment recommendations, I just need to confirm that the people behind the curtain got a request from a doctor.  Does Qualis or the Department actually believe that these doctors, many of whom are reluctant to treat injured workers in this system to begin with, are willing to not only go through the trouble of making a request to some random third party to see if their treatment suggestions are appropriate, but are also going to take the time to follow-up? I think we all know the answer.

By not allowing any other source to make this confirmation, not even the claimant (yes, I had my client try and he was shuffled off to some unknown voicemail too with the same explanation I was given) we are slowing down an already slow process , essentially, to a standstill. This is EFFICIENCY FAILURE in a system that very desperately needs every ounce of efficiency written into its protocols.

Maybe I was wrong, maybe it isn’t The Wizard of Oz but another fairy tale we are living in…