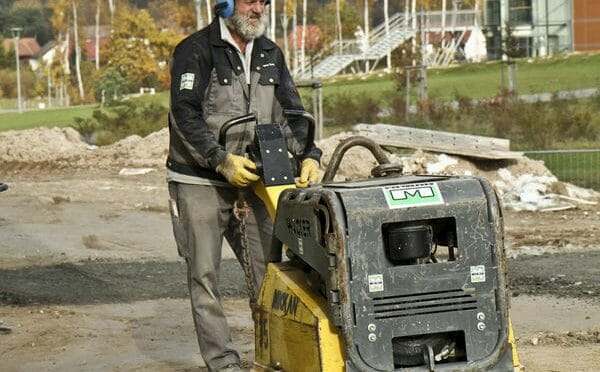 L&I’s contractor compliance program has 21 inspectors around the state.

A news release issued today, below, reports that the Washington Department of Labor and Industries has performed two “sweeps” through commercial and residential construction projects – one weekend in Tacoma and another in Spokane – to determine if the contractors performing work are registered with the State. Contractors that are not registered do not pay into the workers’ compensation system, but they also often pay workers under the table.

When an injury occurs, even if the worker is successful in obtaining coverage under a workers’ compensation claim, they may still have difficulties proving the days and hours worked and the wages paid for that work, leading to other issues in the claim including reduced compensation rates.  Our firm has successfully represented people who were working for an unregistered contractor with issues such as proving the injury occurred during covered employment activities to gain allowance of the claim and correctly setting the wage rates once the claim is allowed.

Unregistered contractors or those who don’t pay workers’ compensation premiums for their employees can underbid their competition and gain an unfair advantage. They also place consumers who hire them at risk. In Washington, all contractors must be registered with L&I, carry a bond and insurance.

TUMWATER – Construction compliance inspectors with the Department of Labor & Industries (L&I) swept through Pierce County this past weekend, citing more than a dozen contractors for working without being registered, an infraction which carries a $1,000 fine for a first-time offense.

“We want to show people we’re out there, even on the weekends, and that we take the underground economy seriously,” said Dean Simpson, manager of L&I’s construction compliance program. “We want unregistered contractors to know we will find them, and for honest contractors and consumers to know we’re not ignoring this problem.”

In all, the inspectors visited 77 work sites and cited 15 contractors for being unregistered, making note of another four whose status will need more work to determine if they are properly registered. In addition, several contractors were referred to other programs within L&I for possible audits or collections of unpaid premiums.

It is the latest such sweep to target the underground economy. A similar effort was held by inspectors in Spokane on Aug. 24 and 25. That team visited 68 work sites and cited 13 contractors for being unregistered, with five whose status was undetermined.

Unregistered contractors or those who don’t pay workers’ compensation premiums for their employees can underbid their competition and gain an unfair advantage. They also place consumers who hire them at risk. In Washington, all contractors must be registered with L&I, carry a bond and insurance.

For the Tacoma area sweep, the eight inspectors worked in pairs and focused on sites where tips suggested unregistered contractors were working. The teams focused on commercial construction sites on Friday, then hit residential worksites on Saturday.

“For some, it was a real surprise to see us, especially on Saturday,”

“For some, it was a real surprise to see us, especially on Saturday,” said Reed Despain, supervisor for the team. “We stopped a few registered contractors, but just explained we were out there to level the playing field.”

Working as a contractor without registration, even advertising to do so, can result in a minimum $1,000 penalty for a first offense. Penalties climb with each resulting citation. Inspectors typically issue seven such infractions in an average month.

L&I’s contractor compliance program has 21 inspectors around the state. Working both from tips and random site visits, the inspectors make sure contractors are properly registered, whether the person is a painter, tree trimmer, carpenter, concrete worker, fence installer or a handyman.

Consumers can check at www.HiringAContractor.Lni.wa.gov to make sure the person they hire is bonded, insured and registered.

Contractors whose registration has expired or who need to register for the first time can visit www.ContractorRenew.Lni.wa.gov and get straight with the law.