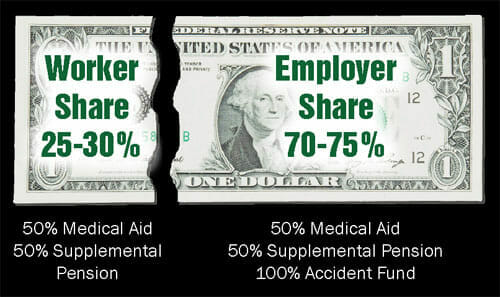 The Washington State Labor Council posted the following in their Legislative Update newsletter on March 29, 2013. We couldn’t have said it better ourselves. Please contact your legislators and share your story (or your parent’s or sibling’s or friend’s story) of your experience with the workers’ compensation system. Urge your legislator to hold off on approving any more “reforms” until the impact of the last round of “reforms” is fully realized.

Stay on top of the issues that effect Washington workers.  Check out the Washington State Labor Council’s Legislative Tracker™ for updates on many of the key bills of concern to the WSLC and its affiliated unions.  Read the latest news at TheStand.org, WSLC’s online newsletter.

OLYMPIA — One of the first legislative priorities of the State Senate’s Republicans-Plus-Two Coalition was to pass bills that undermine Washington State’s safety net for middle-class families: our unique — and popular — workers’ compensation system. SBs 5112, 5127 and 5128 all grant employers more control over injured workers and/or seek to “cut costs” by reducing benefits injured workers receive. And all three are based on the myth that our state-run workers’ compensation system is costly and overly generous. It is neither.

It is unique. Washington is the only state where workers share in the system’s costs, is one of only a handful of states that does not allow private workers’ compensation coverage, and is the only state that bases rates on exposure to risk (hours on the job) as opposed to wages, so premiums don’t automatically go up as wages rise.

It is popular. Advocates for the above-mentioned Senate bills — conservative legislators, corporate lobbying groups and sympathetic newspaper editorial boards — also support privatizing our workers’ comp system. But in 2010, their initiative to do this failed miserably, by an 18-point margin, and was rejected by voters in every county in the state — east and west of the mountains. That didn’t stop Republican Rob McKenna from vowing to privatize the system in his campaign for governor. He lost.

The Washington State Labor Council, AFL-CIO urges legislators to REJECT all efforts to undermine the workers’ compensation safety net for injured workers. Please OPPOSE Senate Bills 5112, 5127 and 5128. No more “reforms” until we see how the changes currently being implemented are working!

Here are four reasons why our system works as it stands and legislators should reject SBs 5112, 5127, 5128 and any other attempts to undermine this middle-class safety net:

Washington is the only state where workers pay a share of the costs of workers’ compensation coverage — between 25% and 30%. Workers pay half the cost of the fund that pays medical expenses for workers who suffer job-related injuries or illnesses and half the cost of the fund that partially replaces lost wages when workers are unable to work due to their injury or illness. Our workers’ compensation system is truly of, by and for the workers.

An objective look at the history of workers’ compensation rate increases shows that rate increases happen during and immediately after recessions. There is no evidence that rate increases are related to increased benefits or pensions. In fact, rate increases from the Great Recession of 2008-10 were actually lower than those caused by previous recessions, despite the fact that this most recent recession was long and deep, and employment levels have yet to fully recover.

In addition, in 2007 — the year before the recession hit — Gov. Chris Gregoire granted a rate decrease of 2% and a 6-month “rate holiday” where employers and workers paid nothing for the medical portion of their insurance. If not for those poorly timed rate cuts, the subsequent 2008-11 recession-generated rate increases would have been even lower. The 2007 rate cuts cost the system $315 million, or the 2007 equivalent of a 35% rate decrease. By comparison, the 12% rate increase in 2011 brought in $196 million.

Despite all this, and despite continuing medical cost inflation, our workers’ compensation system has had an actual average rate increase of ZERO in both 2012 and 2013.

The Oregon Department of Consumer and Business Services conducts a biannual state-by-state study of workers’ comp premiums that is widely cited not only among public policy experts and state labor agencies across the nation, but also by private insurance professionals. The latest edition, published in October 2012, found that Washington State had the 13th highest overall premiums in the nation.

But the news is actually better for employers here because Washington is the only state where workers pay a portion of the premiums. When that fact and the cost of supplemental pensions are factored in — which the Oregon study does not — Washington ranks 22nd in the nation. So, right in the middle.

Proponents for cutting workers’ compensation benefits don’t like to talk about the actual evidence that our rates are competitive. Instead of talking about employers’ costs, they focus on injured workers’ benefits, noting that our state has the 2nd highest benefits per $100 of payroll, according to the latest report from the National Academy of Social Insurance.

But in Washington’s case, higher benefits don’t mean higher costs. Our state-run workers’ compensation system — one of only five such systems remaining in the U.S. — is viewed as a national model for its efficiency. It can afford good benefits while charging competitive premiums because there are no profit margins, commissions or brokerage fees, as there are in privatized systems. It has significantly lower claims administration costs and no marketing or advertising costs. Voters overwhelmingly rejected the 2010 privatization initiative and its false promises of lower costs because they recognized this and value this state-run institution.

In 2011, the Legislature approved changes to the workers’ compensation system. The Department of Labor & Industries estimates that savings from those changes are beating expectations, with the state now projected to save $1.5 billion over four years, $200 million higher than originally estimated. And these changes have not even been fully implemented yet.

The Washington State Labor Council, AFL-CIO urges legislators to REJECT all efforts to undermine the workers’ compensation safety net for injured workers. Please OPPOSE Senate Bills 5112, 5127 and 5128. No more “reforms” until we see how the changes currently being implemented are working!

And let’s also remember that these decisions affect real people who have suffered real injuries and illnesses that change their lives — and affect their entire family’s well-being.