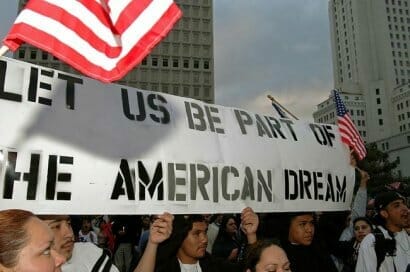 In Washington State, undocumented workers are allowed to receive workers’ compensation benefits if injured in the course of employment. Many issues unique to this circumstance arise in such claims, including difficulties in documenting date-of-injury wages and job offers made during the course of a claim that require proof of eligibility for legal employment used as a tool by employers to truncate receipt of benefits by workers injured while in their employ.

Immigration reform is a continual and vexing issue in Washington. While politicians, lobbyists, and service organizations grapple with potential resolutions, there is no disputing the existence of illegal immigrants working for employers in our country. And when there are employees working, work injuries happen.  This may be especially true with the undocumented population who may be more susceptible to significant injuries because many perform more dangerous or hazardous jobs that other may not accept. For further information, see Do Immigrants Work in Riskier Jobs? and the CDC’s report on work-related injury deaths among Hispanics.

The jury awarded the undocumented worker one million dollars in non-economic (i.e., pain and suffering) damages.

Unlike Wisconsin, a few states explicitly exclude illegal immigrants from worker’s compensation benefits.  An example state is Wyoming, which has a statutory exclusion. Wyoming’s Law defines an “employee” to include legally employed “aliens authorized to work by the United States department of justice, office of citizenship and immigration services…”. Such an exclusion has an unintended consequence: employer exposure to personal injury suits! Specifically, I came across a summary of a U.S. District Court suit from Wyoming: Romero v. Reiman Corp., Claim 11-CV-216-F (D.Wyo 5/1/12). In this case, an undocumented worker was struck by a piece of steel rail and fell ten feet, suffering serious injuries. He was statutorily excluded from the worker’s compensation act in Wyoming, so he brought a personal injury suit against his employer in federal court. The jury awarded the undocumented worker one million dollars in non-economic (i.e., pain and suffering) damages.