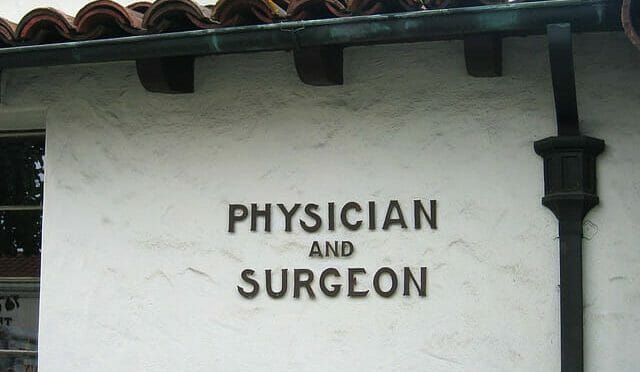 You have 20,000 providers to choose from – – but ONLY if they’ll see you under your workers’ compensation claim…

The Department of Labor and Industries issued an announcement trumpeting the success of the new Medical Provider Network:

May 21, 2014: TUMWATER — Injured workers in Washington state can now choose from more than 20,000 health-care providers in the Department of Labor & Industries’ (L&I) medical network. The network went live in 2013 to serve workers who need ongoing medical treatment for job-related injuries or illness.

“We have more than doubled the size of our network since it began,” said Vickie Kennedy, L&I’s assistant director for Insurance Services. “Ready access to high-quality care helps our injured workers quickly return to good health and their jobs.”

L&Idata show that 99 percent of injured workers statewide live within 15 miles of at least five primary-care providers who are in the network. Patients also have access to a broad range of specialists through the provider network.

Injured workers in Washington can see any doctor for their first visit when a claim is filed, but only network providers can deliver ongoing treatment. Workers can search for providers at www.FindADoc.Lni.wa.gov; the directory is updated daily.

The medical provider network is part of the historic 2011 workers’ compensation reforms designed to improve outcomes for injured workers, reduce disability and cut costs for the state’s workers’ compensation program. The standards for providers to be admitted to the L&I network are similar to those of other health networks in Washington state and around the country. Requirements include proof of medical liability insurance and professional licenses that are free of restrictions.

Our experience, however, is that these numbers are artificially bloated and do not reflect the reality faced by injured workers seeking a treating provider. Several clinics in the state have closed their practices to workers’ compensation claimants, leaving their current patients scrambling to find new attending physicians and refusing to take on any new patients with workers’ compensation claims. Many of those that will still provide treatment to injured workers limit their practice to only take on claims that are less than one year old, or claims that do not have legal representatives involved.  Many of the major medical providers – large hospitals, clinics, etc.. – had all of their physicians register with the Department of Labor and Industries for billing purposes even if those physicians are not actively taking workers’ compensation claims.

When our clients are seeking an attending physician under their workers’ compensation claim, they will start with the FindADoc website and make phone calls until they are able to get an appointment.  In many cases, the doctors want to review medical records before setting an initial appointment.  We often send records out to a handful of doctors before finding one willing to get involved.  Claimants living outside of the major metropolitan areas can have an even tougher time finding a provider.  Many of our clients travel long distances to see their physician as there are no options close to their home.

I have made recommendations for changes that could be made to the website that could indicate the level of recent billing activity for each provider – not specific numbers, but a simple color-coded graph to indicate general levels of billing.  For example, a provider who has multiple billings submitted to the Department for payment in the current quarter could have a green icon to indicate a high level of activity.  Those providers with no current billings could have a red icon, and maybe providers with a small level but still some active billings could be orange.  The Department has access to the data for provider billings and could, in theory, tap into that data to make such a change.  I am told there is no funding for this type of improvement at this time, though.