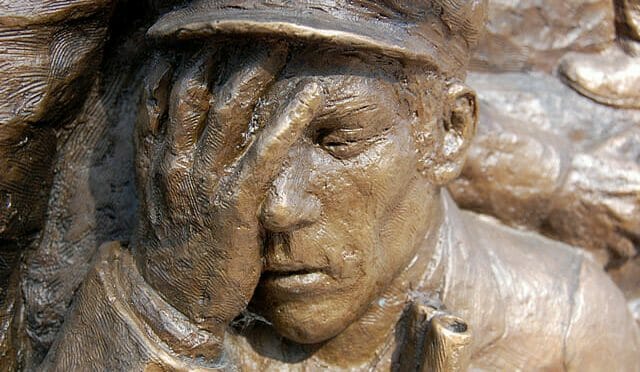 The AFL–CIO’s annual report on job fatalities is out, and provides some interesting fodder for thought.

It’s no surprise that North Dakota – – with its “wild West” environment for oil and gas extraction on the Bakken Shale was the most dangerous place – – with 17.7 deaths per 100,000 workers versus the national average of 3.4.

The AFL–CIO report contains maps that reflect part of the reason for the stall-out: the vast majority of the states with the highest fatality rates contain the 8 million workers in states with no federally approved OSHA safety and health plan. The report graphically portrays another salient fact: the number of federal OSHA inspectors per 1 million workers has fallen from a high of 15 in 1980 to 6.9 in 2013.  OSHA has been so underfunded over recent years that it would take an average of 139 years for available OSHA inspectors to visit each workplace in their jurisdiction just once. (In some states that number is even more staggering – – 521 years for South Dakota.)

The AFL-CIO report reflects some other interesting facts concerning the demographics of workplace fatalities – – not surprisingly, being foreign-born or Latino puts a worker at a higher risk of fatality, and homicide was the number one cause of death for women in the workplace in 2012.

But, getting back to the “oil patch” in North Dakota, we see other disturbing trends in the culture of workplace injury that accompany the decreasing application of safety regulation. With job growth tripling in North Dakota’s oil patch since 2007, while workers’ compensation filings are up, many injured workers are encouraged by employers in the extractive industries not to file, with many companies working out sidebar deals with injured workers. Injury rates are being kept artificially low by rewards for not reporting. As the AFL–CIO’s safety chief, Peg Semenario, has said, underreporting warps national safety figures in an industry that is already notoriously opaque.

And the culture of creating false indicators of workplace safety will likely have tremendous implications down the line when the 2000 tons of silica-rich sand used in the cement casing of each fracking well begins to work its way into workers’ lungs. NIOSH reported in 2012 that 92 of 116 air samples at franking sites exceeded the recommended safe levels of silica, which can lead to incurable, irreversible lung disease.