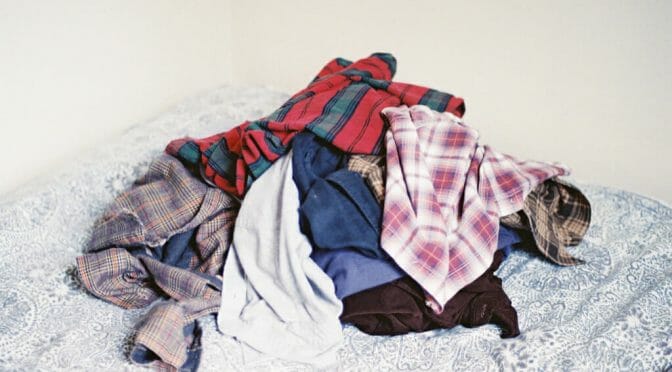 There are few things in life that seem as mundane and benign as the simple act of doing household chores like laundry. Yet this routine chore, done for her husband, was the source of Barbara Brandes’ unwitting exposure to asbestos that ultimately caused her death decades later.

From 1971 until 1975, Barbara Brandes’ husband Ray worked as an operator at the newly-constructed Atlantic Richfield Company (ARCO) Cherry Point oil refinery in Ferndale, Washington. Defendant Brand Insulations contracted to perform the insulation work during the construction of the ARCO refinery in 1971 and 1972. At a time when there could be little doubt that the world knew asbestos was dangerous and carcinogenic—after the enactment of the Occupational Safety and Health Act and the genesis of the environmental revolution it epitomized—Brand used asbestos insulation in its work at the Cherry Point refinery without warning workers or taking any precautions to reduce hazardous asbestos exposures generated by Brand’s insulation work.

During the early 1970s, Brand insulators worked on-site at the Cherry Point refinery fabricating and installing insulation in the areas where Ray Brandes worked as an operator. The dust generated by Brand’s insulation activities contaminated Ray’s clothing with asbestos fiber. He was also exposed to asbestos when he and other ARCO employees removed the insulation materials Brand had installed when performing repairs to equipment and pipe.

At the end of each shift Ray worked at the Cherry Point refinery, he would return home in the clothes he had worn to work. Barbara would launder that clothing several times a week. When she shook the clothes out before putting them into the washer, asbestos fiber was released and dispersed into the air, exposing Barbara to invisible, imperceptible carcinogenic dust.

More than 40 years after Ray left the ARCO refinery, Barbara was diagnosed in June of 2014 with malignant pleural mesothelioma, a terminal cancer of the lining of the lung. At the time of her diagnosis, Barbara was advised by her physicians that her life expectancy was likely one year. Barbara succumbed to her mesothelioma on April 19, 2015, the evening before closing arguments in her trial against Brand Insulations.

The case was tried over two weeks in April in King County Superior Court before Judge William Downing. Plaintiffs were represented by Tom Hart and Kaitlin Wright of Bergman Draper Ladenburg Hart, PLLC. Brand Insulations, Inc. was represented by David Shaw and Malika Johnson of Williams, Kastner & Gibbs, PLLC. Barbara was 80 years old at the time of trial. The jury found that Brand was negligent, and that Brand’s negligence was a proximate cause of Barbara’s mesothelioma. The verdict included non-economic damages in the amount of $3,500,000.

One of the challenges in this case was locating witnesses capable of testifying to Ray Brandes’ employment and exposures at the Cherry Point refinery. Due to health issues, Ray was unable to testify or to recall the names of his coworkers so that they could be contacted and interviewed. An ad placed in The Bellingham Herald led to identification of Ray’s former coworkers, some of whom remembered working with him at the refinery back in the 1970s. An ARCO employee who responded to the ad testified at trial, and was one of the most compelling witnesses in the case as he was able to provide direct testimony regarding the work practices and exposures Ray Brandes experienced while Brand was working in his vicinity.

In pretrial motions practice, the trial court granted summary judgment dismissing Plaintiff’s common law product liability claim against Brand, leaving negligence as the sole theory of liability for trial. Plaintiffs presented evidence that Brand had won the insulation subcontract with the general contractor for construction of the Cherry Point facility by coming in with the lowest lump-sum bid for the job. Brand contracted to perform “installation of thermal insulation of columns, heat exchangers, vessels, reformers, tanks, and piping in the various refinery units” at Cherry Point, procuring and installing all insulation materials on equipment and on the miles of piping required to be insulated throughout the refinery.

Brand offered testimony from Michael McGinnis, the project engineer who coordinated the Cherry Point job on behalf of Brand. Mr. McGinnis testified that he was just 21 years old when he traveled from Chicago to Ferndale to oversee the job, and conceded that he was equipped only with a high school education and on-the-job experience gained from his work as an apprentice insulator for Brand. On cross-examination by Mr. Hart, Mr. McGinnis acknowledged that the Cherry Point project was Brand’s largest dollar-value job in the company’s history by orders of magnitude. Mr. Hart also elicited from Mr. McGinnis on cross-examination the concession that no one at Brand had reviewed then-applicable Washington regulations identifying asbestos as a hazardous dust and requiring industrial hygiene controls to reduce exposures, nor did Brand make any effort to comply with those regulations.

Plaintiffs offered testimony from workers at the Cherry Point refinery who explained that the work of Brand insulators in the various refinery units manipulating, cutting, sawing, and installing asbestos insulation products generated considerable dust. Additional witnesses explained that ARCO had initially requested an asbestos-free refinery, but the asbestos-free insulation failed, so Brand reverted to asbestos-containing insulation materials part-way through their work at Cherry Point. Under cross-examination by Mr. Hart, Mr. McGinnis conceded that Brand nonetheless never warned workers that they were using asbestos or took any measures to reduce asbestos exposures to bystanders like Ray Brandes.

Brand argued that it did not or could not have known of a risk of take-home asbestos exposure from the insulation work it performed at Cherry Point resulting in mesothelioma among family members of ARCO operators like Ray Brandes. Plaintiff’s expert pathologist Dr. Andrew Churg testified that Mrs. Brandes had malignant mesothelioma of the pleura or lining of the lung, and that her mesothelioma was caused by washing her husband’s asbestos-contaminated work clothing. Plaintiff’s expert industrial hygienist, John Templin, CIH, testified to the industrial hygiene measures and engineering controls available to Brand in the 1971-75 timeframe to protect against Ray and Barbara Brandes’ significant asbestos exposures resulting from Brand’s insulation work. Plaintiffs also called Dr. Barry Castleman who testified regarding the extensive body of scientific and medical literature published throughout the decades leading up to Barbara’s exposures in the early 1970s, which confirmed that asbestos exposure could cause fatal disease, including mesothelioma, and detailed methods of avoiding dangerous exposures to bystanders and family members of exposed workers. Brand called Francis Weir, Ph. D., and Joseph Holtshouser who testified regarding toxicology and industrial hygiene principles. Dr. Weir testified during cross-examination by Mr. Hart that other West Coast insulation contractors were researching the hazards of asbestos by the time Brand began its work at Cherry Point. Mr. Holtshouser testified to the dose reconstruction of Barbara’s asbestos exposures he had performed and opined that her exposures were minimal and insignificant.

Prior to her diagnosis, Barbara had undergone many rounds of chemotherapy in an attempt to slow the progression of her cancer and prolong her life. She was not a candidate for surgical resection of her tumor, nor was radiation therapy recommended. Barbara bravely pursued as aggressive a chemotherapy regimen as her body could tolerate and her oncologist would recommend. She had more than one bout with pneumonia and experienced many other side-effects from the chemotherapy. Plaintiffs elected to forego pursuit of economic damages related to Barbara’s medical treatment, and instead simply asked the jury to decide Barbara’s non-economic damages for her injuries, disability, inconvenience, loss of enjoyment of life, and pain and suffering.

Because Barbara passed away on the eve of closing arguments and submission of the case to the jury, Plaintiffs faced the prospect of quickly converting Barbara’s personal injury action to a survivorship action to allow the case to proceed. This was successfully accomplished and the jury was instructed as to the fact of Barbara’s passing, the change in the case caption, and that future non-economic damages were no longer to be considered in assessing Plaintiff’s damages. In closing, Ms. Wright and Mr. Hart brought together the story of Brand undercutting local insulation companies to win the Cherry Point contract, and Brand’s concomitant sacrifice of safety to maximize profit in the largest job it had ever undertaken. The jury was unanimous in its finding of Brand’s negligence.

Barbara is survived by her eight children and many grandchildren, great-grandchildren, and a great-great-grandchild. While Barbara’s deteriorating health prevented her from being present in the courtroom every day, her daughter Ramona Brandes attended trial and was able to observe her mother’s engrossment in the case even as she approached the end of her life. Ramona explained: “My tales of the trial in her last days were one of the things she sparked on, wanting to hear every last detail. She passed away the day before closing arguments, but I know her verdict is something she would have been so thrilled about because her win will help other families like ours fighting for their own justice.”

Tom Hart was a pioneer in asbestos litigation in the United States and continues work on behalf of injured shipyard workers, former Navy personnel, pipe fitters, carpenters and others ravaged by asbestos disease. Since 1980, Tom has successfully represented asbestos victims in over 40 States and Territories. Tom has won verdicts and settlements totaling hundreds of millions of dollars for his clients and their families. In 1986, Tom filed and served as Lead Counsel in the first Nation-wide Class Action Settlement for asbestos victims.