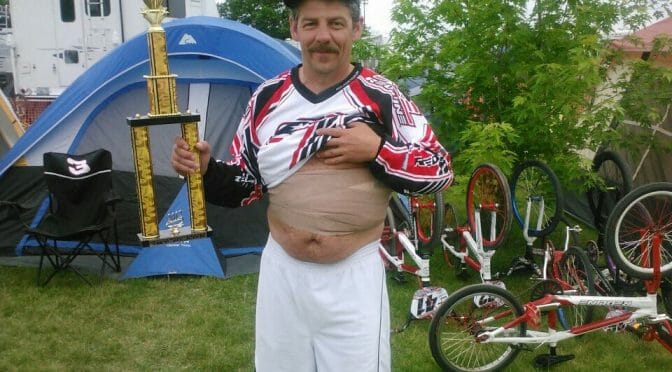 A Port Orchard, WA man who was caught on video racing BMX bikes while claiming he was too injured to work pleaded guilty to stealing more than $14,000 in disability benefits.

Tony T. Perry Sr., 52, pleaded guilty to two counts of third-degree theft, a gross misdemeanor, in Thurston County Superior Court. Judge Anne Hirsch sentenced Perry to 364 days in jail, but suspended all but 15 days if he obeys the law for two years. She is allowing him to serve the 15 days in electronic home monitoring, according to the Washington Attorney General’s office, which prosecuted the case.

Judge Hirsch also ordered Perry to repay the Washington State Department of Labor & Industries (L&I) $14,422. That was how much Perry received in workers’ compensation wage-replacement checks from January 2012 to August 2013 while misrepresenting his physical abilities.

Perry paid the full amount. The money will be returned to the state workers’ compensation fund, which helps employees recover from workplace injuries.

“It’s outrageous when people try to scam the workers’ comp system so boldly. When they steal from us they’re stealing from you,” said Elizabeth Smith, assistant director of L&I Fraud Prevention & Labor Standards. “A tip from the public helped us get to the bottom of this. We appreciate it, and encourage people to tell us when they’re aware of workers’ comp fraud.”

Racing throughout the Pacific Northwest

The criminal case resulted from an L&I investigation. Investigators found that Perry began racing BMX bicycles as an amateur in January 2012, eventually competing throughout the Pacific Northwest and Nevada.

The case investigator videotaped Perry competing in two races, and found numerous Facebook posts about Perry’s racing activities, charging papers said. In a post about a May 2012 race, Perry described how he crashed and injured his ribs ­− but told L&I he hurt himself at home that day due to a fall caused by his injured knee.

After receiving a summary of L&I’s investigative findings in March 2014, Perry’s physician told L&I he would have ended Perry’s wage-replacement payments as of January 2012 had he known about his physical abilities.

Perry had been receiving workers’ comp benefits based on knee and other injuries he sustained when lifting a heavy box while working in grounds maintenance.