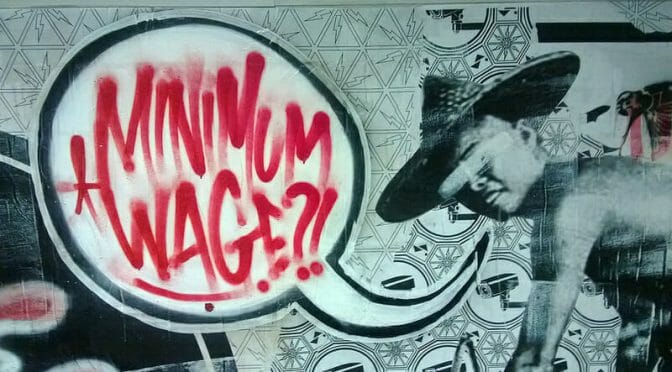 Washington state’s minimum wage will stay the same in 2016 — $9.47 per hour — because the national Consumer Price Index did not increase.

Changes to the minimum wage are based on the nationwide Consumer Price Index for Urban Wage Earners and Clerical Workers (CPI-W) for the 12 months ending each Aug. 31. The index represents a shopping basket of goods needed for everyday living, including groceries, gas and clothing. According to the federal Bureau of Labor Statistics, the CPI-W decreased 0.3 percent between August 2014 and August 2015.

The Department of Labor & Industries (L&I) announces the state’s minimum wage each year in September as required under Initiative 688, which Washington voters approved in 1998. Under the law, the minimum wage can’t be decreased.

It’s the second time the state minimum wage has remained flat since passage of the initiative. The last time was in 2010.

An estimated 67,000 full-time equivalent wage jobs are affected, according to the state Employment Security Department.

For years, Washington’s minimum wage has been the highest in the country. That will change Jan. 1, 2016, when minimum wage in California and Massachusetts will reach $10 per hour.

Washington’s minimum wage applies to workers in both agricultural and non-agricultural jobs. Youth ages 14-15 may be paid 85 percent of the adult wage, $8.05 per hour.

L&I provides a minimum wage poster for employers to post if they wish. Employers are required to post the “Your Rights as a Worker” poster, which provides general information about employment issues. The posters are available from L&I free of charge.

L&I enforces the state’s wage-and-hour laws. The agency investigates all wage-payment complaints it receives, as required by state law. More information on Washington’s minimum wage is available at Wages.lni.wa.gov. Employers and workers also may call 360-902-5316 or 1-866-219-7321.