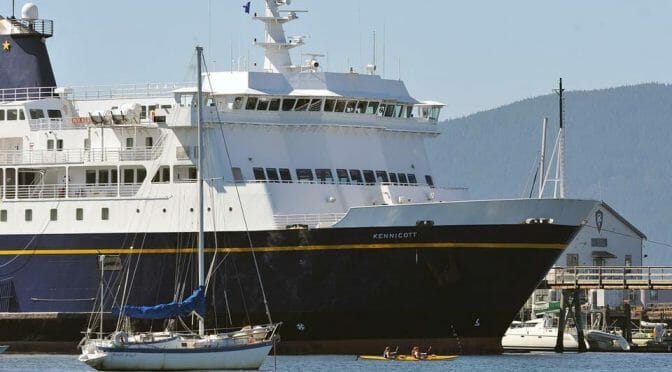 Seattle Times staff reporter Mike Carter writes that the Port of Bellingham has been ordered to pay $16M in damages to an Alaska Ferries employee injured in 2012.

The verdict was returned Friday, April 1st, after a nine-day trial before U.S. District Judge Marsha Pechman. Jim Jacobsen, one of the attorneys representing the employee, Shannon Adamson, and her husband, Nicholas, of Juneau, said the eight-member jury deliberated about five hours before deciding the case.

The jury found the port negligent for failing to fix a control panel that operated the passenger gangway ramp at the Bellingham Cruise Terminal, even though evidence at the trial showed the port knew the panel was faulty and officials there knew of a previous, similar accident in 2008.

The Bellingham Herald’s Samantha Wohlfeil reported in September of 2014 that the Port of Bellingham Commission had settled a dispute over insurance coverage and was then able to go forward with repairs to the passenger ramp – two years after the accident that injured Ms. Adamson.