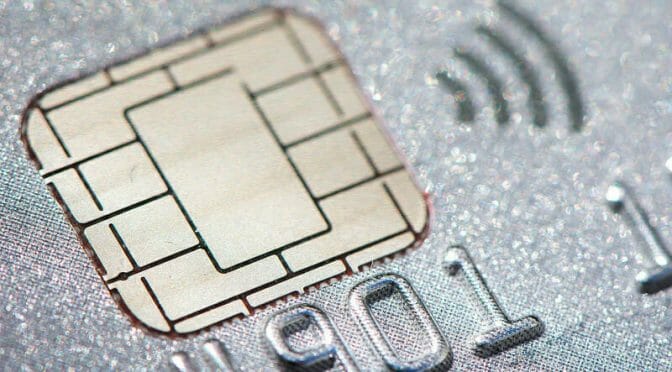 This BBC News article has popped up all over the internet and I couldn’t resist sharing it here, as well. – kc

A Wisconsin company is to become the first in the US to microchip employees.

Three Square Market is offering to implant the tiny radio-frequency identification (RFID) chip into workers’ hands for free – and says everyone will soon be doing it.

The rice grain-sized $300 (£230) chip will allow them to open doors, log in to computers and even purchase food.

And so far, 50 employees have signed up for the chance to become half-human, half-walking credit card.

But far from being some sort of dystopian nightmare, Three Square Market’s Patrick McMullan believes everyone will soon be wanting their own microchip.

“The international market place is wide open and we believe that the future trajectory of total market share is going to be driven by whoever captures this arena first,” Mr McMullan said.

The company, which provides self-service “micro markets” to businesses around the world, was inspired by the micro-chipping already taking place in Sweden, where so-called “bio-hackers” have been inserting the tiny devices into willing participants for at least three years.

Three Square Market are even working with a Swedish company, BioHax, to deliver the new technology, which they see as one day being simply another payment and identification method – only instead of a credit card or phone, there would be a microchip between your thumb and finger.

But how did employees react?

While a large proportion of the world might think twice before putting a tiny chip in their hand, it seems those at Three Square Market had no such worries.

Out of 85 employees at the company’s head office, 50 have come forward, vice-president of international development Tony Danna told the BBC.

Can they be tracked?

“That is going to be the inevitable reaction,” Mr Danna acknowledged.

“But there is no GPS tracking ability to it. It is really the same thing as the chip that is in your credit card.”

The entire point of the chip is convenience, Mr Danna explained.

Eventually, he hopes it will replace everything you might have in your wallet – from your key fob to your credit card and ID. For now, it is just aiming to make life easier for those using Three Square Market’s facilities.

But the convenience also stretches to installing and removing the chip.

“It takes about two seconds to put it in and to take it out,” he told the BBC. Putting it in is “like getting a shot” using a syringe, while taking it out it like removing a splinter.

What if you get robbed?

But, says Mr Danna, at least it is all in one place, making it easier to cancel all those cards.