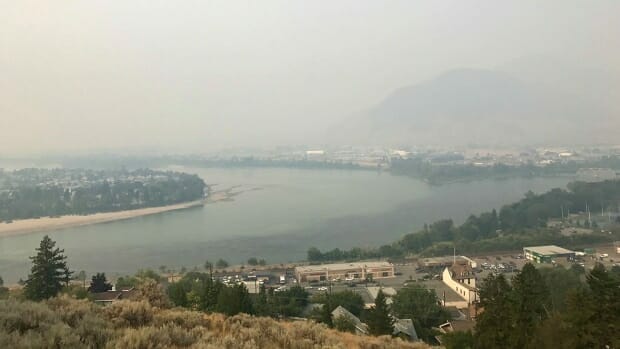 A temporary farm worker has died in Washington state and advocacy groups have blamed poor working conditions, in part due to smoke from B.C. wildfires.

Honesto Silva Ibarra, 28, of Mexico, died in a Seattle hospital Sunday after he became ill last week at the blueberry farm where he worked near Sumas, Wash., just south of the Canadian border.

An advocacy group, Community to Community Development, said Silva became sick from dehydration, and died after going into cardiac arrest. (Silva used his second name as a surname)

The group’s executive director, Rosalinda Guillen said poor working conditions at the blueberry farm have been aggravated by wildfire smoke that has blown across the border.

“The workers have been overworked, underfed, have not been hydrated enough, and this has been going on for weeks, and that is what led to the death of Honesto,” said Guillen.

Silva had been working as a berry picker for Sarbanand Farms since the spring. He was married with three children, all of whom are in Mexico.

Guillen said Silva fell ill last week while at work. He went to a local hospital, where Guillen said he suffered cardiac arrest. He was transferred to Harborview Medical Center in Seattle, where he died, the hospital said.

But a spokesman for Sarbanand Farms said Silva’s death was caused by complications from his diabetes. In a statement sent to local media, chief administrative officer Cliff Woolley said one of Silva’s relatives told the company that Silva ran out of medicine but did not tell anyone else.

When Silva fell ill last week at work, the company said it called for an ambulance and he was taken to hospital.

Silva’s illness sparked protests among his co-workers who complained that working conditions at the blueberry farm were unsafe. Nearly 70 workers were fired Saturday after the demonstrations.

“The smoke coming in over our area has aggravated those situations already and caused the workers to say ‘We’re going to die if we don’t do something about this,’ because they were collapsing,” said Guillen.

On Monday, five people were taken to clinics, suffering from advanced dehydration, she said.

Washington state’s department of Labour and Industries is investigating the case, looking into workplace safety factors. It has not decided whether to proceed with a formal investigation.

Read the rest of the CBC report here…