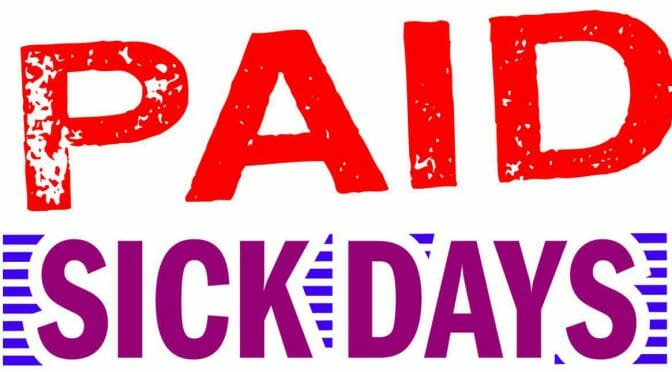 Mandatory paid sick leave in Washington starts in just over two months. This week, the Department of Labor & Industries (L&I) released new state requirements on how the paid sick leave law will be implemented.

As a result of voter-approved Initiative 1433, employers are required to provide paid sick leave starting Jan. 1, 2018.

“This is a big change, so we made sure people had every chance to weigh in on the rules and let us know the potential impacts,” said L&I Assistant Director of Fraud Prevention & Labor Standards Elizabeth Smith. “Now that they’re final, the next step is to make sure that employers know what’s required so they can be ready when the new law takes effect on January 1.”

The new requirements are the result of a rulemaking process carried out by L&I over several months. The agency held informal meetings to gather public ideas and thoughts on implementing the new law. Then, after drafting the proposed rule, L&I held four public hearings around the state and took numerous written comments. L&I Director Joel Sacks signed the final rules this week.

L&I is working with numerous organizations around the state to help employers get ready. In November, new L&I tools and resources will be available online, including templates for paid sick leave policies. L&I is also launching a statewide paid media campaign in November including TV, radio, social media and other online ads, which will run through early 2018.

A second phase of rulemaking on mandatory paid sick leave is just getting underway. It will detail how the new law will be enforced. This process also offers opportunities to provide input, including two public hearings in November. The deadline for public comment isNovember 17.