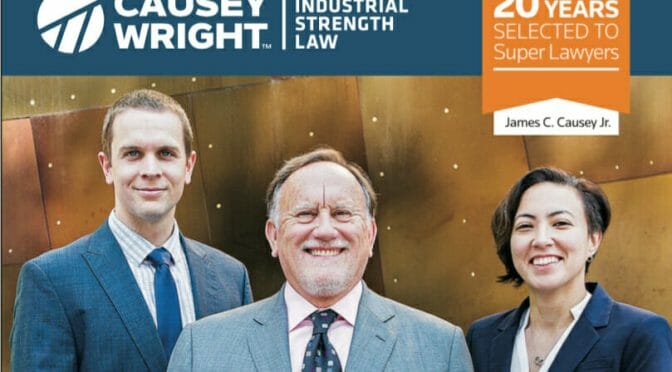 Brian also collaborates with other law firms filing lawsuits in Washington State on behalf of victims of asbestos-related diseases, and he litigates the occasional Jones Act/maritime case.

In addition to his busy litigation practice, Brian is active with several organizations which help preserve the rights of injured workers. He is an Eagle member of the Washington State Association for Justice (WSAJ), and for 2017-2018 he served as the Chair of its Workers’ Compensation Section. Brian is also a member of the Workers’ Injury Law & Advocacy Group(WILG), a national non-profit organization dedicated to representing the interests of injured workers and their families. He has written and filed “friend of the court” briefs in Washington State on behalf of WILG in significant workers’ compensation cases.