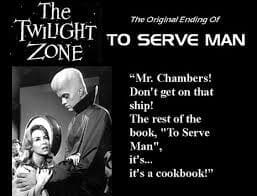 DON”T GET ON THE AMA CAUSATION GUIDES SHIP!!!

My friends and colleagues on the WILG listserv were discussing the AMA Guides to the Evaluation of Disease and Injury Causation, 2nd edition. The consensus was that the new guidebook treats injured workers, to quote the President, very unfairly.

Lawyers in Illinois and Montana have encountered the AMA Causation Guide. I encountered the causation guide in Nebraska this spring/summer in Tapee v. Nestle (available on NWCC Decision and Order Search by clicking here). My experience was that the trial judge was not impressed by the opinions of an examining expert who relied generalizations from studies rather than looking at the particulars of my client’s injury.

A colleague in Montana seemed to have a similar experience.  Another weakness of the AMA Causation Guides is that doesn’t address the fact that states have different standards for medical causation. For example, even if it’s true that occupational causes aren’t a prevailing factor in causing carpal tunnel syndrome, that doesn’t matter in Nebraska because a worker only needs to show that occupational factors were a contributing factor to the injury.

Even among WILG members, the AMA Guide to Causation is still confused with the better known AMA Guides to Permanent Impairment that have been subject to numerous court challenges. The so-called AMA 6th has long been a target of plaintiff’s lawyers because of how it reduces compensation for many types of permanent injuries. When the AMA 6th came out about 10 years ago, plaintiff’s lawyers were good about educating courts about the problems with the AMA 6th.

Nebraska isn’t bound by the AMA Guides to Impairment, but courts often follow them in determining permanent disability for scheduled member impairment. In 2010, one trial judge criticized the AMA 6th in Endorf v. Chief Industries (click here for NWCC Decisions and Orders Search) But the insurance defense bar was relentless in pushing the AMA 6th and it is often used as a basis to pay permanent impairment in Nebraska despite early misgivings by some workers’ compensation judges.

I suspect the insurance defense bar will be as relentless in pushing the AMA Causation Guides. From discussion on the WILG listserv, it appears as if there is a nationwide push to use the AMA Causation Guides. The AMA Impairment Guides are sometimes referred to as a “cookbook”. (Hence the headline and artwork for this post) But at least in Nebraska where the AMA Guides to Impairment are generally just applied to so-called “scheduled members” that are paid on a loss of use basis, I can see why a judge may rely on those guides. (The distinction between scheduled member disability being paid on a loss of use basis and non-scheduled injuries being paid on a loss of earning power basis in Nebraska seems to be largely a judge-made distinction)

Plaintiff’s lawyers have some studies they can use to the counter the AMA Guides to Causation. The American Academy of Orthopedic Surgeons have compiled studies about carpal tunnel syndrome that would contradict the studies that form the basis of the AMA Causation Guide. Plaintiff’s lawyers may also want to bone up on rules regarding expert testimony. At least in Nebraska, those rules don’t govern admissibility of medical evidence, in workers’ compensation but they can certainly be helpful to a court in weighing medical evidence.  NWCC Rule 10 narrowly defines who can testify by written report in our workers’ compensation court. In my experience, “non-Rule 10 experts” can make good witnesses for the plaintiff on cross-examination.

Lawyers for injured workers need to see recognize the threat posed by the AMA Guides to Causation and make every available factual and legal argument against its application at every opportunity –whether in a courtroom, a legislative committe hearing, at a legal confernece and/or on social media.