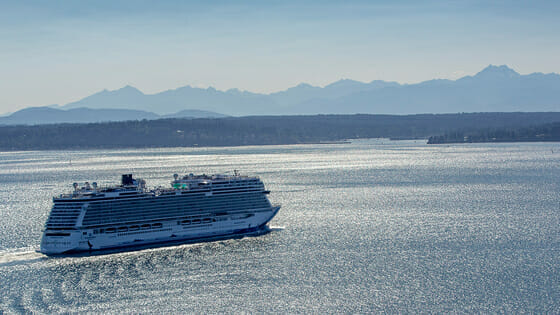 (SEATTLE) The Port of Seattle Commission took steps toward securing a partner to develop and operate a new, single berth cruise facility at Terminal 46 by issuing a Request for Qualifications (RFQ). Commissioners also adopted principles to ensure that a growing cruise business increases local economic benefit and maintains the Port’s leadership as the most environmentally progressive cruise homeport in North America.

“The intangible asset of Alaska cruises creates opportunities for Washington businesses of all sizes, from farmers and wine producers in Eastern Washington to museums, hotels, and restaurants around King County,” said Port of Seattle Commission President Stephanie Bowman. “Our principles ensure that this new cruise terminal will expand local economic benefit, and with the addition of our third shore power berth will make Seattle the national leader in promoting clean, electric shore power for our Alaska-bound cruises.”

The cruise terminal RFQ is the first step in a partnership selection process that will support the completion of a new facility for the 2022 cruise season. Early estimates are that a cruise terminal could be constructed for around $200 million. A public-private-partnership approach to build the terminal will have the Port contributing half that cost. Responses to the RFQ are due April 18.

The opportunity to explore using 29 acres at the north end of Terminal 46 for a new cruise terminal and single berth has come forward now as the Northwest Seaport Alliance works to realize its strategic plan of realigning international maritime cargo operations at Terminal 5 near West Seattle and Terminal 18 on Harbor Island. The cruise terminal project is contingent on the successful authorization of a new lease at Terminal 5 which is scheduled for review at the Northwest Seaport Alliance’s March 19 meeting.

…Read the rest of the news release here.