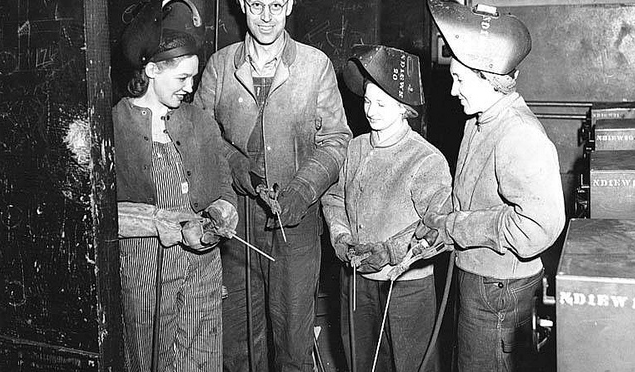 Just over 100 years ago, Washington State put into place our workers’ compensation system, providing the structure under which workers and businesses across the entire state pay into a fund to provide medical care, wage replacement, vocational retraining, total disability and death benefits to those workers injured, disabled or killed in the course of their employment. In exchange for their participation, businesses are provided immunity from lawsuit, even in cases of negligence. Workers are covered, even if they are at fault, if they are injured on the job.

“The common law system governing the remedy of workers against employers for injuries received in employment is inconsistent with modern industrial conditions. In practice it proves to be economically unwise and unfair. Its administration has produced the result that little of the cost of the employer has reached the worker and that little only at large expense to the public. The remedy of the worker has been uncertain, slow and inadequate. Injuries in such works, formerly occasional, have become frequent and inevitable. The welfare of the state depends upon its industries, and even more upon the welfare of its wage worker. The state of Washington, therefore, exercising herein its police and sovereign power, declares that all phases of the premises are withdrawn from private controversy, and sure and certain relief for workers, injured in their work, and their families and dependents is hereby provided regardless of questions of fault and to the exclusion of every other remedy, proceeding or compensation, except as otherwise provided in this title; and to that end all civil actions and civil causes of action for such personal injuries and all jurisdiction of the courts of the state over such causes are hereby abolished, except as in this title provided.” – RCW 51.04.010

The system has evolved over the decades to address changes in the workplace and in the economy. A balance has been sought between encouraging businesses to locate here, remaining profitable while maintaining safe workplaces, and providing the care and assistance to those workers injured or disabled on the job to reach a maximum level of medical improvement and return to gainful employment in a physically-appropriate job.

The majority of injury claims are handled by the Washington State Department of Labor and Industries, a state agency with no profit motive that is assigned the task to carefully administer the provisions of the program, directed by statute to be construed “to the benefit of the injured worker.”

Claimants, employers and providers are all parties to each claim, with the ability to protest or dispute an unfavorable determination made by the Department. If any party remains aggrieved, an appeal to the State’s Board of Industrial Insurance Appeals or beyond can be pursued. This system is not perfect, but it has worked well for many decades, allowing Washington to boast of relatively high benefit levels but as one of the lowest-cost systems in the country.

Washington is one of very few states where workers share the cost of the industrial insurance system, paying 50% of the medical aid premiums through payroll deduction. Premiums are set by risk class so that higher-risk jobs are charged higher premiums than the proverbial desk job. Everyone pays something into the system.

We all share the cost of caring for our injured brethren, be they male or female. The benefit reaped by those not injured is that their co-workers, family members, neighbors – their fellow citizens – who have the misfortune of becoming injured or disabled, have some income and medical care during their recovery. Some measure of belt-tightening may be required, but families of injured workers do not become instantly destitute.

Over the past thirty years or so, there has been a shift in thinking about the shared burdens, not just in Washington but across the country and within our national psyche. We don’t want to take care of others anymore. When a bridge is needed in Seattle, those in Yakima don’t want to pay for it, even though our entire highway system supports tourism and commerce throughout the state. So, we have an insufficient tolling system in place based on the concept that only those citizens that drive on the bridge should have to pay for it. This same attitude has now infected our industrial insurance system.

Should the overall citizenship be responsible for caring for it’s injured members? To what extent? For more in this issue, check back later this week with part 2 of this series.