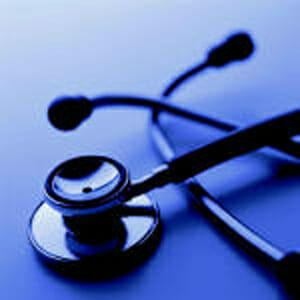 Access to health insurance is under attack. President’s Obama’s comprehensive health care reform law, intended to increase health care coverage for millions of Americans, faced extreme scrutiny by the U.S. Supreme Court last week. Congressman Paul Ryan’s federal budget plan is a cynical and careless proposal that would slash Medicaid programs, while providing tax cuts for the wealthy. In Wisconsin, Governor Walker and his fellow Republicans also propose gutting funds to the state’s vital Medicaid program. The ultimate goal is hard to deny: certain politicians and interest groups actually want a country with more uninsured citizens. The personal toll on the uninsured is devastating, especially for those dealing with work injuries.

As a worker’s compensation attorney, the following scenario plays out on a daily basis: A hard-working individual—who is lucky enough to have health insurance through the employer—is injured at work through no fault of his own. The injury is severe enough to not allow a return to work or the employer simply terminates the employee (this insidious action happens far too often with far too little publicity). After termination, the injured worker is offered federal COBRA rights to continue paying the health insurance premiums at the full 100%, which of course, is near impossible when you are off work without income. Thus, the worker loses health insurance for himself and for his family.

On the flip side, the worker’s compensation insurance company is supposed to pay for reasonable medical treatment expenses related to the injury; however, the carrier usually hires an “independent” medical doctor to deny the worker’s compensation claim. The injured worker is then left out in the cold with an injury that requires medical treatment, but he has no ability to get that medical treatment without health insurance or worker’ compensation coverage. The worker then calls me and asks the emotionally-laden question: “What do I do?” This situation is not hyperbole. It happens every single day, and I field this question multiple times a day—usually from a crying client or spouse.

If these individuals do not have access to health insurance or health care, a vicious downward spiral can occur. They are injured without the ability to get fixed and reenter the job market. Without income from a job, homes and savings are lost. Marriages dissolve. Mental health issues arise. Chronic pain conditions exist. An otherwise hard-working individual effectively becomes an unproductive, potentially drain on society.

Access to health insurance alters this equation. If the worker had adequate access to health insurance, especially Medicaid, he could obtain the medical care that could allow a return to work, regardless of whether the worker’s compensation insurer accepted or denied the claim. Whether work-related or not, injured individuals should have the opportunity to get healthly in our country. The attack on universal health care coverage and Medicaid coverage only exacerbates the problem.