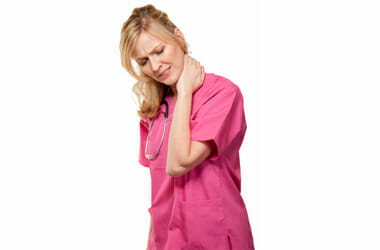 The issue raised by Mr. Rehm was investigated thoroughly in a book given to us by a client, an injured nurse who contributed her story to the effort under a pseudonym: Back Injury Among Healthcare Workers, published by Lewis Publishers. It is a great resource, providing case-studies, statistics and suggestions for improvements for workers in the healthcare field.

The article that today’s blog post is based upon is an in-depth look at how one state’s OSHA office interacts with a sector of the healthcare community: hospitals. Like Iowa, but unlike Nebraska, Oregon is one of 27 states or U.S. territories that has an OSHA office at the state level.

The “Lund Report: Unlocking Oregon’s Healthcare System” article talks extensively about nuances within ways that OSHA offices, whether state or federal, can measure the safety of healthcare providers like hospitals and nursing homes.

As evidenced in previous blog posts about senior-care workers and lifting injuries, I have continuing concerns for the safety of healthcare workers.

According to the in-depth article, “A Lund Report review suggests that in Oregon, regulators are de-emphasizing attention to hospital employee safety, despite national data showing that healthcare workers are injured in the U.S. each year at rates similar to farmers and hunters. Most Oregon hospitals have not been inspected by the state Occupational Safety and Health Division in years. And when on-the-job hazards are detected, Oregon’s OSHA office levies the lowest average penalties in the country.”

Should workers get lost as the patients are the focus of these healthcare institutions? Should regulation and inspections or fines by such groups as OSHA be the driving force toward workplace safety for healthcare employees?

It seems to me that healthcare administrators’ emphasis on profit is more important than proper concern for their employees – the nation’s caregivers. And if you or your family member is the healthcare worker who gets hurt on the job, this lack of focus on the worker is more than just a philosophical argument.