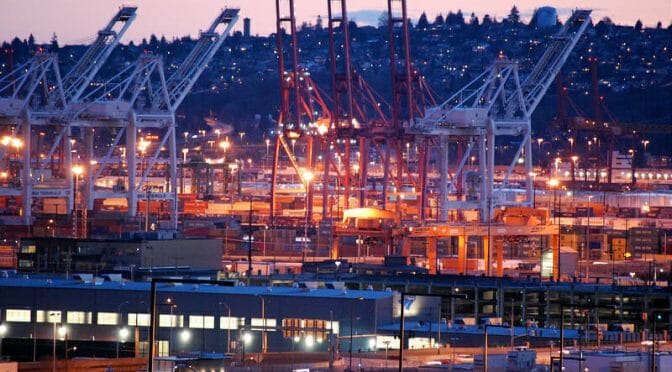 The Army Corps of Engineers and the Port of Seattle have agreed on a tentatively selected plan of -57 feet Mean Lower Low Water (MLLW) for both the East and West Waterways. This depth will allow the Port of Seattle, part of The Northwest Seaport Alliance, to handle the current and future generations of ultra-large containerships.

“Large ships with deep drafts are being deployed globally and on the West Coast. Authorization of a depth of 57 feet will preserve our gateway’s ability to provide sufficient depth for the future fleet of ships,” stressed Port of Tacoma Commission President and The Northwest Seaport Alliance Co-chair Connie Bacon.

The study developed an array of alternatives for deepening the East and West waterways. It performed extensive economic, technical and environmental analysis and modeling to evaluate the alternatives. The selected plan maximizes the national economic development benefits, is technically feasible and environmentally sustainable.

The Port of Seattle, a partner in The Northwest Seaport Alliance, is the non-federal project sponsor working with the Corps to complete this feasibility study. Public comments on the proposed plan and alternatives will be considered as the Corps works toward completing the navigation improvement plan. Members of the public are encouraged to visit the Corps’ website to view the tentatively selected plan and supporting documents.

Comments on the Draft Feasibility Report and Environmental Assessment may be submitted by email, at the upcoming public meeting or in written form.

Comments will be accepted via email to SeattleHarbor@usace.army.mil or can be mailed to: