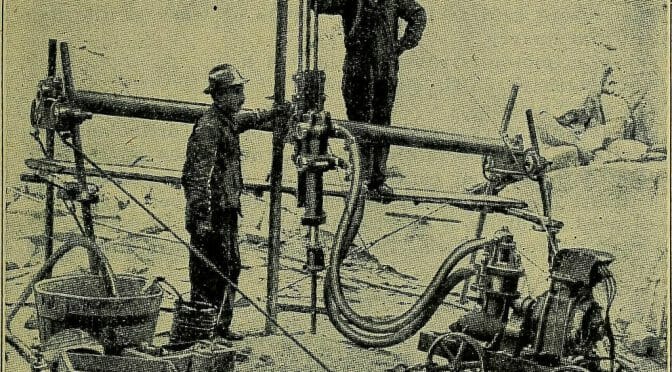 Most people who become involved in the workers’ compensation system due to injury or illness are only aware of a few common players: themselves, as the claimant; the Department of Labor & Industries (DLI) or self-insurer; their attending doctor; and, if necessary, a vocational counselor. However, in Washington State there is another major player working the sidelines in a big way.   An entity that, over the past few years, has taken on a much larger role in the administration of workers’ compensation claims:  the retro program.

The Retrospective Rating program was initiated by DLI as a “safety incentive program” and was designed with the objective of reducing workplace injuries and helping control claim costs. Somewhere along the way, the concept of the retro program functioning as a safety incentive program seems to have fallen to the wayside with the primary focus now being squarely on controlling claims costs.

Preventing injuries? Sounds great! Wait, what was that…? Controlling losses? How does that work exactly? What is considered a loss? You mean the cost of a workers’ compensation claim? YES!

So, how does this system work exactly? And what ever happened to the whole safety idea? Let’s take a look. DLI’s selling point of their program is that any time an employer has a worker that gets injured, it costs the business money (this includes many factors including but not limited to: loss of production at the jobsite, potential for loss of business, hiring and training a new employee, etc.). Oh, and let’s not forget an increase in workers comp premiums.  Through the retro program, employers are given the opportunity to be rewarded for their safety program by turning their positive rating into a refund from DLI by preventing injuries and controlling losses. Preventing injuries? Sounds great! Wait, what was that…? Controlling losses? How does that work exactly? What is considered a loss? You mean the cost of a workers’ compensation claim? YES!

Let’s reward employers for safety. I’m all for it. Like most things of this nature, the devil is in the details and in this case, the details lie in the concept of keeping the cost of a claim lower.

A Retro Group’s annual coverage period lasts 12 months and can begin any calendar quarter. On or around 10 months after a coverage period ends, DLI  will review an employer or groups actual experience and will  calculate a “retrospective premium”  for that 12-month coverage year. If claim costs for the coverage year are below what is expected, the employer or group could earn a partial refund of the difference between the Retro premiums and the standard premiums. If claim costs are higher than the amount of standard premium paid, it could result in an employer being assessed and having to pay an additional amount. So the incentive lies in keeping the cost of the claim lower.

I can appreciate the spirit behind this initiative. Taken at face value it sounds too good to be true. Let’s reward employers for safety. I’m all for it. Like most things of this nature, the devil is in the details and in this case, the details lie in the concept of keeping the cost of a claim lower.  How is that done? By limiting the amount of money paid on a claim – counting every penny – and by getting the claim closed as quickly as possible – preferably within the 12 month coverage period.

Although induvial businesses can be part of the retro program, most commonly we see and deal with Retro Groups, businesses independent of the employer of injury but contracted by them to represent their financial interests in the claim. As a plaintiff firm specializing in workplace injuries, we have certainly not seen a decrease in client intakes since the initiation of these groups. Workers are still getting injured at a steady rate.  What we have seen is a substantial and alarming uptick in Retro Group involvement in the claims administration process to the point where we are actually getting business as a result of the Retro Groups interference in claims management.  It is not uncommon for me or my colleagues to review a claim file online and see that a Retro Group claims manager has protested nearly every favorable decision that an injured worker has received from DLI. From claim allowance to general medical allowance orders, time loss payments or treatment authorizations – there is typically a response from the Retro Group – even if the decision by DLI appears entirely appropriate.

A little known fact outside of the workers’ comp world is that many of the representatives of these groups are former employees of the Department of Labor and Industries, some previously in claims manager or claims unit supervisor roles. Their employment history at DLI provides them with a unique knowledge base of the DLI system  and its policies, the life cycle of a claim, as well as access to employees at the DLI level, many of whom they have a personal working relationship with already.  We have seen Retro Group claims managers bypass normal chain of command channels due to their relationships with individuals at DLI.

The Retro Group is NOT the employer. But they like to act like it. Just recently I had a Retro Group create a light duty, modified return to work position for my client without checking with the actual employer if such a position could even be offered. Their goal: to get time loss payments terminated, and keep claim costs down.  They created a light duty job specifically aligned with the restrictions outlined by the attending physician, which was medically approved. Time-loss was terminated and the claimant appeared for the first day of the job with the work restrictions in hand and was told that no such job existed within those restrictions. Our firm had previously tried to get the Retro Group to address our inquiries about the questionable modified job, but we were ignored. We requested that DLI intervene, and a vocational counselor was assigned. We insisted that a standalone, onsite job analysis be done of the modified job.  As we suspected, no such job existed and the claimant is now eligible for vocational retraining.

A website for a popular Retro Group advertises their results in order to attract business, boasting of more than 28 percent in premium refunds for one employer, 37 perfect for another and over $452 million in premium refunds for their clients over a 20 year span. The list of clients that they represent is alarming to me only in that I wonder if the employers who hire them  to represent their interests fully understand the scope and lengths that the Retro Groups go to in order to post such returns.  Do the employers have any idea what is happening to their employees who have filed claims?

The unwarranted roadblocks caused by aggressive Retro Group interference can cause severe instability for injured workers who are simply trying to access the benefits that they paid into through their employment in the hopes of returning to their former lives.

This brings me back to the injured worker and the issue of safety: the founding idea of this program and the concept that DLI actually has to create incentives for employers in order to keep work environments safe. Couldn’t the Department offer similar rewards to employers for simply limiting the amount of actual claims that are filed?   Instead, our current system rewards employers after the fact, after the injury has already happened, which places the emphasis on saving costs, nor preventing the injury in the first place. In the Retro Group’s effort to save their clients’ money, the result to the injured worker is that they are often cheated out of medical treatment and benefits, both monetary and vocational, that they are most likely entitled too, or in delays of these rightful benefits that are so extreme that the end result is catastrophic and detrimental to their health and livelihood.

The unwarranted roadblocks caused by aggressive Retro Group interference can cause severe instability for injured workers who are simply trying to access the benefits that they paid into through their employment in the hopes of returning to their former lives.  The result is that many face an inability to pay mortgages or rent on time, pay their bills, put food on the table, pay child support, or even put gas in a car to get to doctors’ appointments for treatment, causing a delay in recovery and potentially even more injury or worsening of their condition. The list goes on.